Adelphi Studio offer a dedicated, localisation service for motion graphics and 2D animation. Using industry standard software such as Adobe After Effects, our experienced team of studio animators and designers can localise your motion graphics or animations directly from the project files.

Our tech savvy team have years of experience producing 2D/3D animations, motion graphics and visual effects; familiar with key frame animation, transitions, titles, keying, rotoscoping and masking, our team can accommodate almost any motion or 2D graphic localisation you may need for your videos.

Samples and tests can be sent for your approval, in order to ensure you or your client is satisfied with how the animations are looking with the new, localised material. Your projects will of course be kept with the highest of confidentiality. 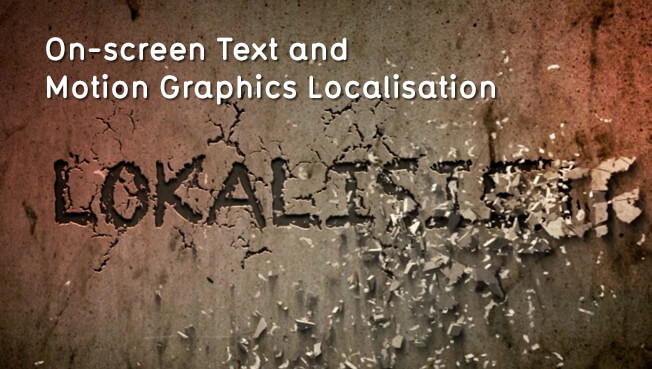 Explainer and Animated describer videos are popping up all over the web, showcasing services simply and quickly; get ahead of the competition and extend your global reach now by localising your animated videos!

Adelphi can get translate your animation directly from the original video into the target language you require. Our professional and trained translators and transcribers only work in their mother tongue, ensuring accuracy and efficiency.

Contact us now to target a whole new community and advertise your company precisely and accurately on a global scale!

You send us the project files and source material, we’ll send you the translated, localised video!

In part 1 we had a look at the RP, Yorkshire and Scouse accents. In this blog we will continue on and look at more of the accents found within the British Isles.

The most famous of the Midlands accents is the Brummie accent from Birmingham. The term derives from Brummagem or Bromwichham, which are historical variants of the name Birmingham. Whilst Brummie is not the only accent or dialect to be found in the Midlands, it is more well known than it’s neighbours in the Black Country or Coventry.

Some examples of Brummie words and phrases:

The outdoor – an exclusive West Midlands term for an off-licence

You can hear an example of a midlands accent here courtesy of James M.

The Geordie accent is found in the North East of England in the Tyneside area, predominantly in Newcastle-Upon-Tyne. The origins of the term are still up for debate, but in many respects Geordie is a direct continuation and development of the language spoken by the Anglo-Saxon settlers of this region. The Geordie accent has been voted the ‘sexiest accent in Britain’.

Some examples of Geordie words and phrases:

You can hear an example of the Geordie accent here courtesy of Laura E:

The Cockney accent originates from the East End of London and can be considered the broadest form of London local accent. Cockney is characterized by its own special vocabulary and usage, and traditionally by its own development of “rhyming slang.” Rhyming slang, is still part of the true Cockney culture even if it is sometimes used for effect.

We have a wide selection of accents and dialects available in the Voice Over section, so whatever you are looking for we can provide you with the most suitable option for your final product. Please view our sample page here: https://adelphistudio.com/voice-overs/.