Recreating the original effects and animations used in your video in over 120 languages.

How to simplify the On-screen text localization process

On-screen text localization is required when making either subtitles or voice-overs in a language other than the original on the video. There are many instances of text appearing on videos, some of these are part of the editing package and these can be changed by a trained engineer, however, some on-screen text is placed as graphics or part of the actual footage. Depending on the complexity and how the original text was produced we may require the data package it was made in.

First of all, before proceeding with the localization of OST you should consider the following aspects of your video:

The image below shows the difference in text length when working On OST localization.

There are three ways of working with OST localization:

So what are your options going forward for these three different methods?

1- Working with original projects and footage:

The best way to stay on top of things is to have a clear idea about the final usage of your video when originally designing it. If you know that the text appearing on-screen will eventually be translated into other languages, then make sure you keep your original data/footage and the video editing projects. Remember to ask your video editor/motion graphics designer to keep all the data safe!

Another important thing to keep in mind is that keeping the original material organized and labeled efficiently will make the process much easier and faster.

2 – Working with a discreet video:

Sometimes, video editors or video editing companies are not allowed to give you the projects that they have used for creating the video. If this is the case, you can still ask them to keep a backup copy of all the data. Then when the time comes that you need to localize the OST, you can get in contact with your video editor and ask for a discrete version of the video.

The discreet video would be a version of your video exported without the OST.

Then you need to deliver the final version of the video in its original language plus the discreet version to the company that is going to translate and localize the text. For example, if you are localizing an English OST into a Spanish OST, the English video will be used as a reference for style, font, and animation in order to input the Spanish OST, which will be implemented on the discreet video.

Even if you can’t provide the localization company with the source editing projects, any additional information that you can provide will make a difference in the efforts required for this task. For example, you can provide info like the font used, font style, color, size, etc.)

If you need to advise creating the discrete version of the video contact a localization company with your source video and you will receive the specifications needed to successfully produce it!

3 – Working with the source language video:

In the worst-case scenario, you might not have access to either the original projects or a discreet version of the video. If this is the case and you still want to proceed with OST localization, there are some things you’ll have to keep in mind:

If the background of the text is a still image or a plain color, the text can probably be localized.

If the background of the text is a moving image, then it is very unlikely that localization is possible without putting the text into a box and adding the box over the original text. In this case, you can ask the localization company to provide you with OST alternatives in order to work around the situation whilst maintaining the style of your video.

Here are some visual examples to give you an idea:

In this case, A, the solid dark color behind the text makes it possible to localize, as the source image doesn’t vary throughout the duration of the OST

In the example above (B), the text cannot be localized without the project’s files/source data or a discreet video because the footage behind it is a moving image. Contact the localization company to ask for alternatives.

Regardless of your requirements and knowledge of on-screen text localization, it is always important to contact a reliable localization company that can advise you of best practices. It is also worth doing during initial design phases if you suspect that you may require localization work in the future but maybe not immediately.

Adelphi Studio has its own in-house graphics department that can localize text in most graphics and in over 120 languages. The problems occur when the text has been placed over a complex background and the original layered files are not available. This makes the removal of the original text difficult and time-consuming and in some cases impossible. Ideally, we would need the original artwork in these cases, otherwise, the end result might not be up to the standard required. Adelphi has Illustrator, Photoshop and InDesign as well as a number of software packages used by most designers, enabling to change most graphics, even with right to left languages such as Arabic, etc.

With a team of highly trained software specialists, Adelphi Studio offers complex on-screen text localization with the ability to match almost any form of On-screen text (OST). Using the latest industry-standard software such as Adobe After Effects, Premiere, Final Cut Pro, etc. Adelphi can replicate and reproduce OST that other subtitling and voice-over agencies struggle to contend with. We have experience in reproducing On-screen text with drop shadows, glows, animations, masks, Roto-scoping and also have the ability to match-move or track the text to the original video.

Adelphi Studio specializes in almost every aspect of translations and localization, including explainer videos! We are able to use the original project files and translate the material directly and discreetly. Problems such as expanding text, font corruption and an array of other issues can occur but our team at Adelphi are trained in these areas to ensure your project is handled professionally, confidentially and with care. Our specialist team are experienced in right-to-left languages, complex scripts, fonts, styles and can send you samples for your approval before the project starts.

We have over 1,400 foreign language voice artists on our books in over 80 languages. 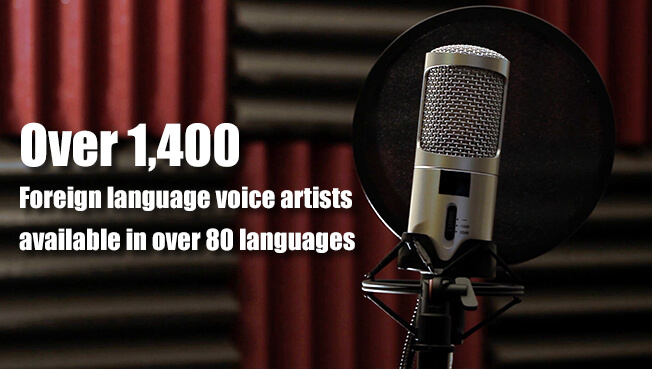 Adelphi is a one-stop subtitling company that can cater for all your foreign language subtitling requirements, including subtitle translation direct from the video. 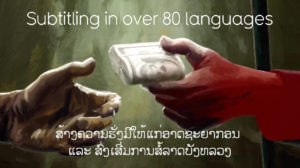 Adelphi has been typesetting foreign language materials in over 120 languages for over 20 years. 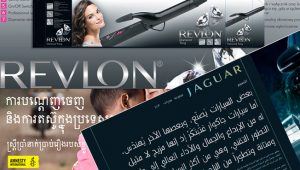 Adelphi Studio is a leading foreign language voice-over agency and subtitling company working with media companies in the UK, the USA, and worldwide. Our in-house dedicated audiovisual translation department provides a quality subtitling and voice-over translation service. We also provide typesetting in over 120 languages.

Adelphi Studio offers subtitling, voice-over services, and typesetting globally from our offices in the UK and the USA.