Adelphi has worked for advertising and design agencies from all over the world localising their print materials, creating subtitles and dynamic on-screen text for video as well as recording and publishing voice-overs

Having material localized can often present a learning curve for design and advertising agencies. Often, we find that designers are not aware that their work will be localised further down the line, and even if they do, do not necessarily know how to adapt their work to make the process easier later on. Below are some examples of the most frequent mistakes we encounter. Avoiding these can save you a lot of money and can ensure that your work is completed in the quickest possible fashion with the minimum of fuss. 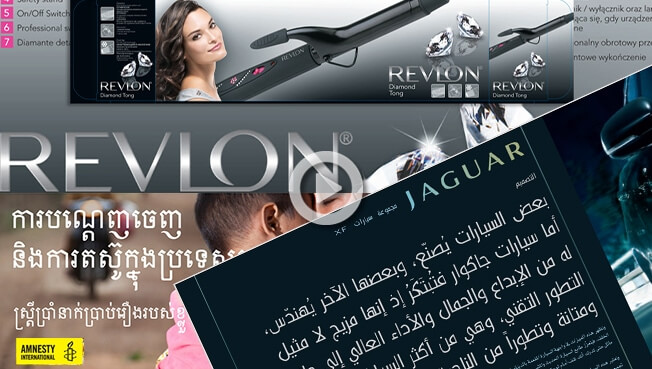 Embedded, non-editable text in images require extra attention, and can slow things down dramatically, especially when over the main part of the image. Where possible, the text should be made available for editing in InDesign. If not, we will require all of the PSD files to work with.

Arabic or other right-to-left languages require that documents have their alignment flipped. This takes longer the more complicated the design. To see more typesetting samples go here 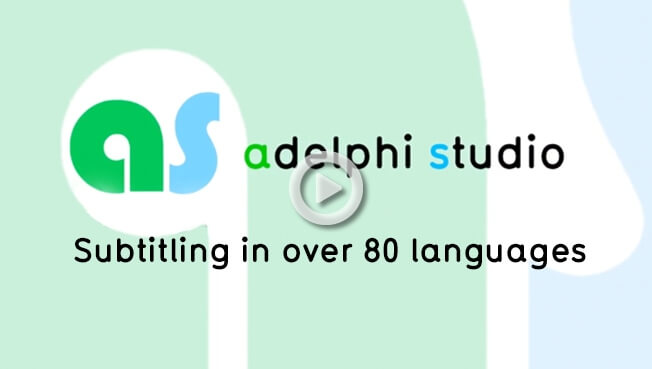 The most usual problem we find when subtitling a video is that the original film has been edited precisely to match the English. This causes the same problem as explained above with typesetting: the translation runs longer than the original English and the resulting text either does not fit the same time slot or is too long to be read at a comfortable pace. We can improve the situation with tweaks after we have finished the work, but it is always better to take expansion of text due to translation into account and add more pauses in the original video.

We see another common issue particularly in animated or explanatory videos: important graphics are placed in the area where subtitles would normally be run (mid-bottom region of the screen) where they can end up being obscured. In the past we have been able to work around this issue by slightly scaling down the video and adding a border around the video while keeping the resolution of the video the same: this allows us to add the subtitles without interfering with any important graphics. To see more subtitling samples go here 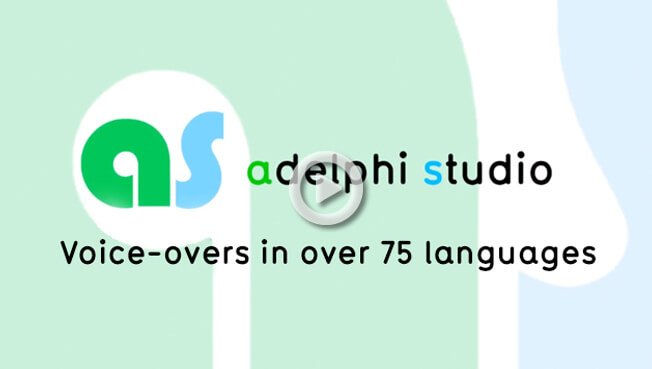 As with subtitling, timing is often an issue here if it turns out that no allowance has been made for languages that are longer than the original English. If we are then asked to sync the voice-over to the video, the timeslots given are insufficient as they stem from the timing of the English and don’t take into account natural text expansion due to translation. Therefore, where possible, it is best to add a few seconds of space before and after each portion of script. This allows our voice artists to be able to deliver their lines as faithfully to the original as possible without being rushed to fit into a specific time slot. This does depend on the language and some languages are shorter than English when spoken. It’s best to ask us in advance, letting us know the languages you require so we can advise the best method for that language.

Another issue that we have encountered in the past is the backing music or score to a video. Sometimes clients like to turn down the volume during speech and then turn it back up afterwards. We occasionally see this in marketing videos, where the sound mixer will lower the volume of the music when someone on-screen is talking. This is a great dynamic effect for the original version but for voice-over it can cause problems: the artist may need to rush the delivery of each line in order to finish it before the volume on the original video turns back up. If your video has this feature then we can replicate it in our localised version, but we would need to receive the background music on its own with no volume tweaks, so that we can adjust it ourselves. To hear our voice artists samples in over 75 languages go here

In many cases company names, product names etc. remain in English, but sometimes these terms have already been localised into the language required, or have an agreed foreign pronunciation for voice-over. We need to be told about these, though often we do our research before recording to see if there are indeed any such pre-existing localisations. If you have had material translated before, no matter what it is, it may help us get the translation just right.

In short, asking Adelphi before you design or start filming can save you time and money. No matter what your project is, if it is going to be localised into foreign languages just let us know and we can advise you.