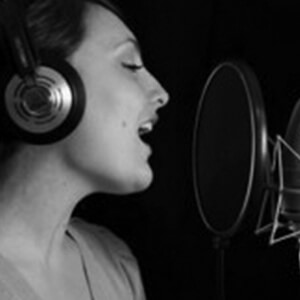 Paola is an Italian dubbing and voice-over artist, based in Padova, Italy. In 2010, she attended the dubbing course at the prestigious Cinema Academy in Bologna, which greatly improved her Italian diction, her acting skills, and the use of her speaking voice.

Paola is the official voice of several TV shows on SKY channels and is an Italian dubber and a dubbing director of short films, video games, and movies such as "Mission Park-Line of Duty", "Urla nel silenzio il caso Pescia" and "The Hounds" in cinemas and Sky TV from January 2013.

She has a warm, communicative voice, which can be sexy and smooth, and also professional for E-learnings, documentaries, dubbing, voice-over, narrations.

Italian voice-overs tend to be around 25% longer than the original English and this can cause timing issues if it’s a timed script. Listen to our Italian voice artists, add them to your favorites and get a quote from us today. We also have a great range of English-speaking Italian artists providing Italian accented English voice-overs.

Our Italian voice artists have been carefully selected to give a range of styles suitable for drama, commercials, corporate, films, IVR’s (Interactive voice response), narrations, etc., for you to choose from. Their voices also cover a variety of ages, from children to the elderly, plus character acting too.