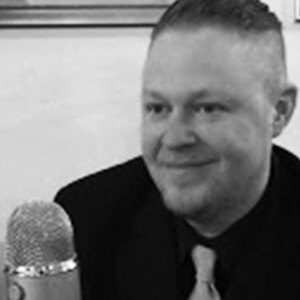 Josh has been working in professional voice projects for over 15 years. His voice can be described as  mid to low range, Powerful, Sexy, Smooth, Soothing, Seductive, Dynamic, Versatile, Dramatic, Contemporary, Intense, Fun, Subdued.  He is an American who speaks Polish as well.

He has spent 20 years as an academic teacher and performing singer, songwriter, and instrumentalist who has written and recorded songs for artistic (Asterland and Intercontinental), commercial, and educational undertakings. Josh also appeared in the major motion picture release of "Thr3e" (as Detective Tom) and has played in and performed music for many other promotional films.

He is a published creative and didactic writer who has done editing, proofreading and teaches literature, writing to English Philology and high school students.