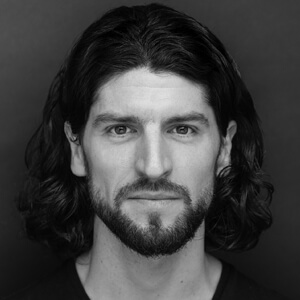 David M is French native, in London since 2017.
He is a versatile actor doing improv, stage, screen acting & voice over.
He runs an improv company (Valet de Coeur) and a production company (Onzala).
He performs in French, English & Spanish. He is particularly good at building characters and his looks are perfectly suited to period drama roles and villains.