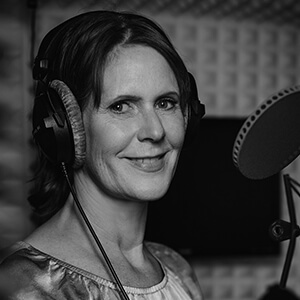 Bente is a professional voice talent in German, Norwegian, English and French, and she speaks 7 languages.

Originally from Oslo in Norway, Bente also works as an actress, specialising in improv theatre, gaining her a nomination at the German Comedy Award 2014 for "Meet the Parents”.

Notable voice overs she has recorded are:

Her voice is clear, warm, serious and flexible.